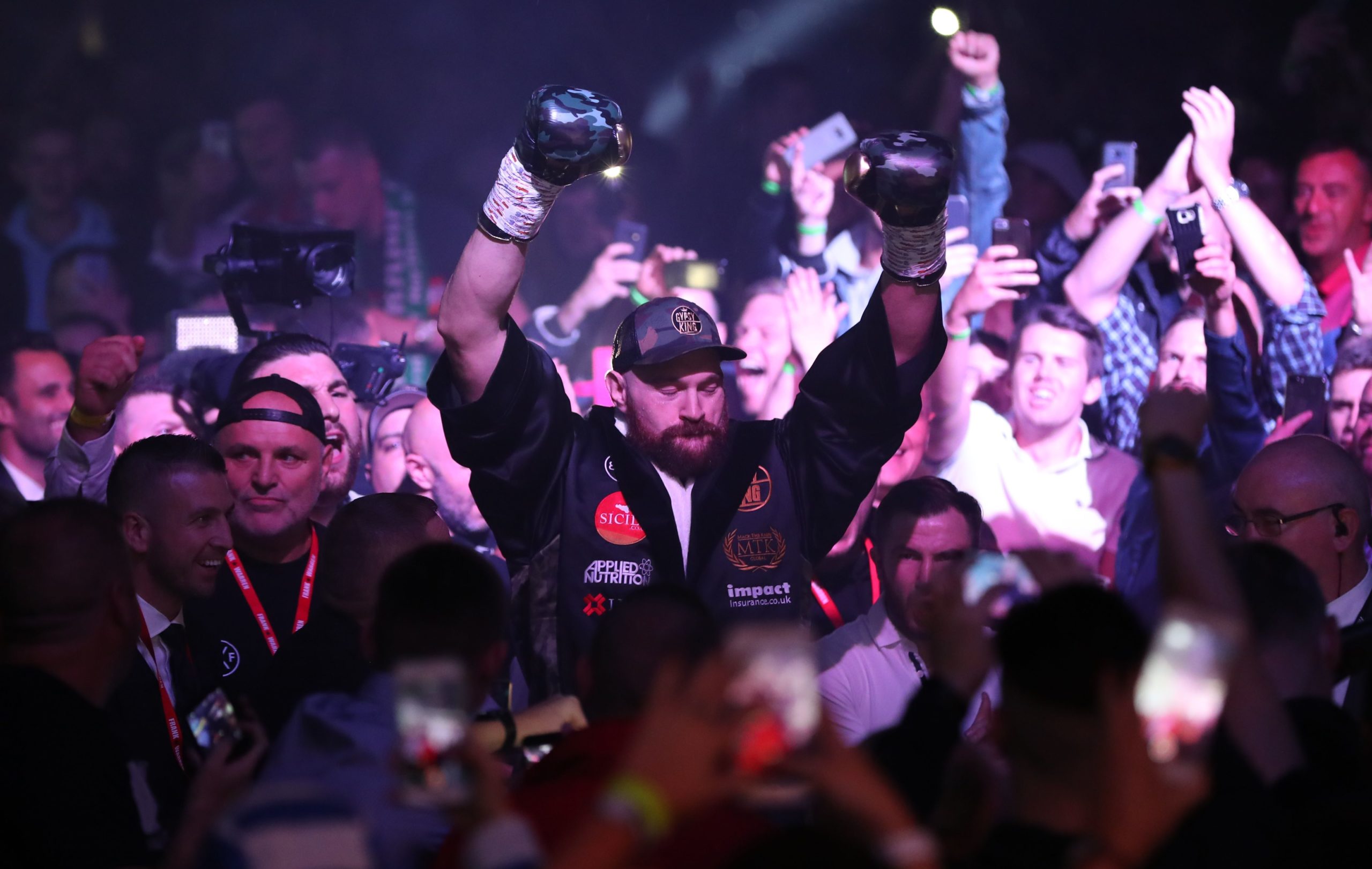 LAS VEGAS (April 8, 2019) — The biggest star in world heavyweight boxing — all 6 feet 9 inches of him — is coming to the fight capital of the world.

Fury-Schwarz will be available live in the United States exclusively on ESPN+ — the leading multi-sport streaming service – beginning at 10 p.m. EST/7 p.m. PST.

The fight marks the first in a multi-fight agreement announced in February, in which Fury’s fights are co-promoted by Top Rank and Frank Warren’s Queensberry Promotions and are a headline piece of the boxing lineup under the historic, long-term Top Rank on ESPN relationship.

“It’s with great pride that Top Rank and Frank Warren’s Queensberry Promotions, together with ESPN+ and MTK Global, will be able to present the leading heavyweight in the world and a megastar in boxing,” said Top Rank chairman Bob Arum. “Tyson will be facing a tough, experienced and undefeated fighter in Tom Schwarz, who is coming to Las Vegas ready to shock the world.”

Fury said, “I’m absolutely delighted to be boxing in Las Vegas on ESPN+. I always said I will never go to Vegas until I box there and now I finally am. I can’t wait to put on a boxing master class for all my fans. The British and Irish fans will invade Vegas. I can’t wait!”

Schwarz said, “This is what I’ve been working for since I was a kid. A fight in Las Vegas against Tyson Fury is a dream come true. While I appreciate Tyson as a great fighter and a sportsman, I am young, ambitious and in the top of the world rankings. I‘ve won 24 fights, I’ve got nothing to lose, and my 25th victory will come against Fury.”

Warren said, “I’m very excited about starting the next chapter in the Tyson Fury story. With this new deal and co-promotion with Top Rank, it’s all about getting Tyson out there to a huge audience, and nobody can do that in America like ESPN. He’s the best heavyweight on the planet and the lineal champion. He’s a superstar, and there is nowhere better for a superstar to have his next fight than in the Mecca of boxing itself, Las Vegas. I would like to extend a special thanks to MTK Global for the role they have played in this exciting next step. BT will broadcast exclusively in the UK and an announcement will follow from them on how UK fans can watch Tyson’s return.”

“Tyson Fury is an incredible boxer with an incredible story, two things that are right at home on ESPN+,” said Russell Wolff, executive vice president and general manager, ESPN+. “Tom Schwarz is young, ambitious and unbeaten. This fight adds to an ESPN+ boxing lineup that has been packed with champions in its first year, making it a must-have for any fan of the sweet science. And we’re just getting started.”

Fury (27-0-1, 19 KOs) captured the lineal heavyweight title on November 28, 2015, with a unanimous decision over long-time champion Wladimir Klitschko. That win catapulted him to worldwide celebrity, but a host of personal demons threatened to end his career before he could defend his title. He blew up to 400-plus pounds, only to author a 2018 comeback that ranks among the greatest redemption stories in sporting history. In the third fight of his comeback, December 1, 2018 in Los Angeles, Fury fought WBC champion Deontay Wilder to a disputed draw. His recovery from a hellacious 12th-round knockdown became an instant viral video sensation and the stuff of boxing legend.

Schwarz (24-0, 16 KOs) is a 24-year-old native of Halle, Germany, a 6-foot-5 boxer-puncher who has not gone the distance in his past six fights. Ranked No. 2 by the WBO and No. 9 by the IBF, Schwarz has fought all but two of his bouts in Germany but has climbed the world heavyweight rankings with a string of dominant performances. He captured the WBO Intercontinental belt in April 2017 with a second-round stoppage of Adnan Redzovic (18-1 at the time) and has since defended that belt four times. In his last bout, March 2 in Magdeburg, Germany, he knocked down Kristijan Krstacic three times in the second round to score the stoppage.

Queensberry Promotions has a long-term exclusive deal in the UK to promote boxing events on BT Sport, the sport broadcast platform of telecoms giant BT.