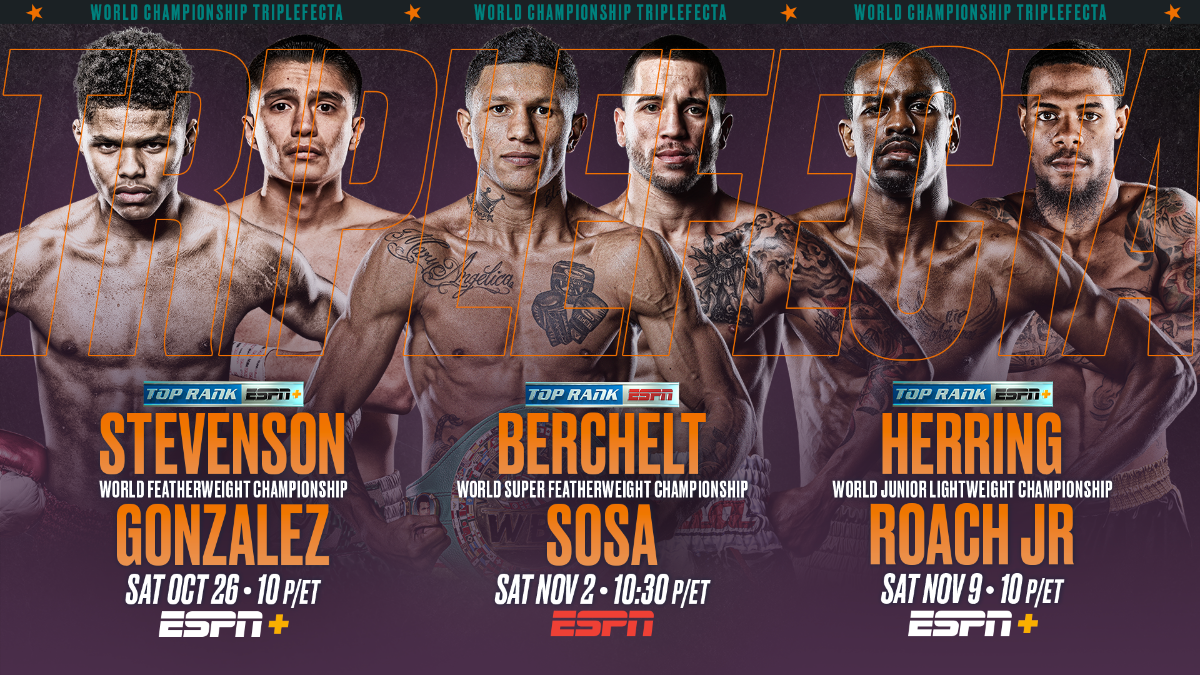 At the age of 33, Jamel is a six-year pro. A contender at 130 pounds – ranked No. 10 by the IBF – he moved down in weight in 2018 after competing at 135 pounds for the first five years of his career. He was an amateur standout before his debut – Jamel was the captain of the 2012 U.S. Olympic team and competed in London at 141 pounds.

He is also a former U.S. Marine – he served nine years in the Marine Corps which included two tours of duty in Iraq.

In his last fight on December 14 in Corpus Christi, Texas, Jamel won an eight-round unanimous decision against Adeilson Dos Santos. The bout was on the undercard of the Gilberto Ramirez vs. Jesse Hart rematch main event.

ESPN.com’s Steve Kim reported [excerpts]: Jamel Herring notched another victory by scoring an eight round decision over veteran journeyman Adeilson Dos Santos (19-6, 15 KOs) at the America Bank Center in Corpus Christi, Texas. Herring, who weighed 132 pounds for this contest, floored Dos Santos in the first and second rounds and then cruised to victory. [End Kim item]

In his post-fight interview, Jamel said, “That guy had some power. He has all of those knockouts for a reason, but we got the job done.”

In an earlier interview, Jamel said, “I love when my military background is acknowledged because that means a lot to me. My two tours in Iraq, that means a lot to me, as well – just being a veteran, being able to fight for my country not only in the Olympics but also overseas. Those are great things that I really honor and respect.

“I never had a problem making weight at 135. I’m working with the great nutritionist and strength coach, so we figured that with my frame and everything – I usually walk around at 145 – we figured with a little more work, I could make 130. I was able to get down to a weight class, a weight I hadn’t fought at as a pro, and I felt strong. I felt good.

“I watch videos of my opponent every night. I’m an old-school student of the game – I do believe in tape study. I respect and give anybody credit who steps in the ring. And I’m training with one of the best in the world pound-for-pound, Terence Crawford.”

“I’m just excited and I’m grateful to be where I’m at. I’m loving my new team on the boxing side, and my new team here with Top Rank. They see my vision in wanting to push the military brand a lot more.

“I’m a pure boxer, but I’ve learned how to work on the inside. Because if you watch some of my fights in the amateurs, all you had to really do is box.

“But purely, I’m just a boxer. I like to move and use my legs a lot.

AMATEUR, PERSONAL BACKGROUND: Jamel said, “I was born in Rockville Centre, New York, but I was raised my whole life in Coram, New York. I have two brothers and two sisters, and I’m the oldest. My mother is a nurse, and my father works in construction. There are no other boxers in the family – just me!

“I was 15 years old when I first started boxing. I had a close friend, and his father was a trainer. When I was a kid he always asked me and nagged me to come to the gym, but I wasn’t really into boxing. I was more into team sports, like basketball, football, and things like that. As a kid, when I thought of boxing, I thought of the Rocky movies – I seen all the punishment that they would take and I thought, ‘I don’t know about that.’

“But after a while, he came by and told me how much fun it was, so I gave it a try one day and I stuck to it for good.

“I’m naturally left-handed. I had about 92 amateur fights altogether. I think I had about 14 losses. When I joined the Marine Corps in 2003, I had to take a little break from boxing, so I didn’t get back into it until 2006, for a year. Then the Marine Corps deployed me back to Iraq again in 2007, then I came back in 2008 and started boxing again, until today.

“I did nine years in the Marine Corps. I enlisted a couple of weeks before my 18th birthday, and I got out in November, 2013. I did two tours in Iraq. I was a basic field electrician.”…

The Associated Press’ Greg Beacham reported from ringside [excerpts]: Before U.S. Marine Sgt. Jamel Herring stepped into the Olympic boxing ring for the first time, he gave a soldier’s salute to his cheering teammates. Then he thought about his late daughter and said a quick prayer, giving thanks for the strength to reach the ring after a decade of struggle.

And although his opening-round loss hurt, Herring has survived rougher times.

Daniyar Yeleussinov of Kazakhstan ended Herring’s Olympic aspirations with a 19-9 victory in their light welterweight bout.

Herring couldn’t keep up with Yeleussinov, whose aggression and quick hands repeatedly got Herring in trouble during the first two rounds. Yeleussinov mostly spent the third round avoiding exchanges, but Herring couldn’t score enough points for a comeback.

Even in defeat, his voice nearly cracking at times, Herring remained clear-eyed and strong.

“It’s a great honor to be here,” Herring said afterward, sweat still beaded on his shoulders. “Everyone, especially back at home, knows what I’ve been through.”

Just getting into the ring was another triumph for Herring, who served two tours of duty in Iraq as a field electrician, dodging roadside bombs and hoping to return home to his growing family, which now includes two sons.

The Long Island native enlisted in a patriotic fervor about a year after the Sept. 11 attacks, but he also found escape in boxing, his intermittent pastime throughout his life.

With the demands of family and a military career, he considered giving up the sport multiple times, particularly after the death of his infant daughter, Ariyanah, due to sudden infant death syndrome in 2009 – three years to the day before the opening ceremony in London.

Coaches and teammates persuaded him to stick with it, and he became a respected captain of the U.S. team when he led six boxers – including himself – to Olympic qualification in a tournament in Brazil earlier this summer.

“I thought about Ariyanah from the first moment that I stepped in the ring until the very last moment I got out of the ring,” Herring said. “I was thinking about her, my country, my team, the Marine Corps. A lot was going through my head – not a lot to where I was getting sidetracked. I was just going out there to fight for everyone in my heart.”

After Herring left the ring, his first hug was for Jesse Ravelo, the U.S. assistant coach who runs the Marines’ boxing program. Ravelo was instrumental in refocusing Herring’s attention on boxing after his daughter’s death and again after a disappointing loss at the world championships last year that left him facing a steep road for Olympic qualification.

Herring then gave a slow salute toward the rest of his 12-member U.S. team, which has gathered in the London arena to cheer on every American fighter – not always the case with previous American teams.

“You’ve got to keep them uplifted,” Herring said. “I don’t want anyone to feel down.”

The U.S. boxers won their first four fights in London before Marcus Browne’s loss Monday. Three more Americans will be in the ring Wednesday, and Herring intends to be in the U.S. team’s usual spot above the exit tunnel at ExCeL arena, cheering and encouraging.

“Not really too happy, but I’ll keep my head up as team captain,” Herring said. “If I’m down, then my team is down. It hurts, but I’m glad I was able to come here, put on a USA uniform and represent my country. I believe I did to the best of my ability. He was just the better man today. It’s not the end of the world.

“I know in my heart that I did the best I could,” he said. “The people at home told me, no matter the result, I am still a hero, I am still a champion, and I’m going to take that confidence and uplift myself. It’s not the end of the world. People bounce back. A lot of great champions took losses and they came back, so why can’t I?” [End Beacham item]

2009 U.S. NATIONAL CHAMPIONSHIPS – Denver, Colorado, 141 pounds-sr. division: in his first fight on 6-9-09 he won a 9-4 decision against Tom Duquette of Waltham, Mass.; in the quarterfinals on 6-10-09 he lost by disqualification in the 3rd round against Frankie Gomez of Los Angeles, Calif….

STRENGTHS: A left-hander with good skills and movement…had a strong amateur background…

When did you start boxing and why?

I started boxing in 2001, due to the fact I was cut from my high school basketball over poor academics, and I was never a street kid so I wanted to get stay out of trouble. I laugh back on it now because I eventually got my grades up, where I made the honor roll, but I stuck with boxing over basketball.

What is your first memory in the sport?

My first memory of the sport, was my very first sparring session, and I went home with a bloody nose.

I pattern myself after guys like Muhammad Ali. Not speaking on what he did inside the ring, but his character outside. Ali was just as entertaining and charismatic outside as he was inside the ring, yet most people remember the great things he did for others outside of the ring. I’d rather be remembered as a people’s champion for who I am as a man.

What’s something most people don’t know about you?

I’m a computer geek. Most people definitely don’t know that.

Who are your favorite pro sports teams and non-boxing athletes?

Favorite sports team revolve around New York based teams. Knicks and JETS, yet my favorite athletes are LeBron James and Ric Flair.

What languages are you fluent in?

Language I speak fluent in? New Yorker. That’s a separate language on its own.

X-Men the animated series from the 90s

Do you have a favorite quote?

“Once a Marine, Always a Marine”

What artists are most heavily featured on your playlist in camp?

Do you have any superstitions or pre-fight rituals?

Managing and helping other fighters not only reach their dreams but seem them maximize their full potential.

If I wasn’t a professional boxer, I would be…

I would still be serving in the Marine Corps

What or who is the biggest motivation in your life and why?

My biggest motivation in my life today are my wife and children. They come first.